Cruises for those who love Greek islands 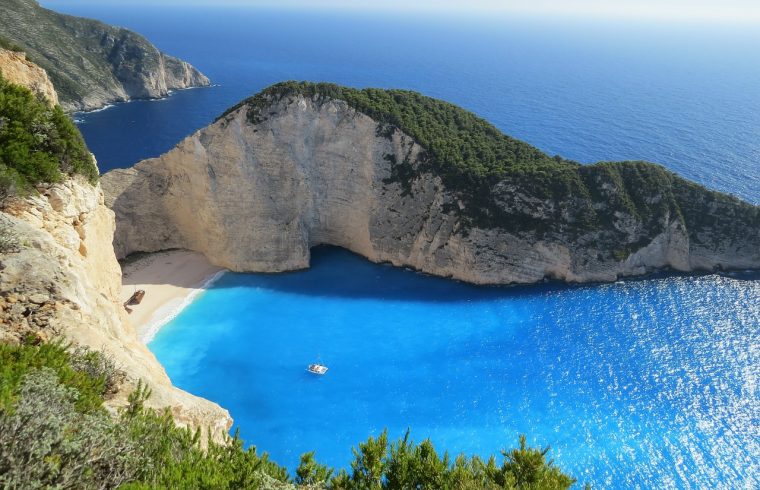 With quarantine due to be scrapped for double vaccinated travellers, suddenly much of Europe – and the wider world – is back on the cards this summer. Here, in the first of a new series, we round up five of the lines operating Greek island cruises

Seabourn
Seabourn has a fleet of small, luxury ships that can visit ports inaccessible to larger cruise ships. They carry between 450 and 600 passengers with an all-inclusive offering and in-depth excursions available through the Ventures of Seabourn program. It’s a great choice for accessing the Greek islands, with 14-day Wonders of the Aegean voyages that stop at ports including Patmos, Santorini, Athens, Crete, Mykonos and Limassol, Crete. Departing from Piraeus (Athens) on September 4, 2021, from £7,499pp for 14 days.

Celestyal
Celestyal Cruises offer many itineraries to the Greek islands year-round on their two ships, all beginning and ending in Athens. The seven-night Eclectic Aegean is a new itinerary that explores the Greek islands and Eastern Mediterranean with stops in Athens, Volos, Thessaloniki, Kavala and Istanbul, Turkey. There’s a mix of half-day and full-day excursions, with some including a port of call in Mykonos until 2am to allow passengers to experience the nightlife. Departing from Piraeus (Athens) on April 9, 2022, from £759pp for seven nights.

SeaDream
Another small ship cruise, SeaDream Yacht Club offers a more intimate yacht sailing experience, with 112 passengers and 95 crew on board each of their two ships. The seven-night voyage round-trip from Athens stops at Hydra, Sifnos, Santorini, Mykonos, Patmos and Milos, taking in a mix of more established and rugged destinations. The voyage is all-inclusive with five-star dining — including the only ‘raw food’ menu at sea comprising of raw, organic and vegan dishes. Departing from Piraeus (Athens) on September 14, 2021, from £3,070pp for seven nights.

Azamara
Azamara has multiple dates for its new seven-night Greece Intensive voyage. The journey begins in Athens before moving on to Limassol in Cyprus, Rhodes, Heraklion, Santorini and Mykonos, before disembarking back in Athens. One of the things Azamara really tries to excel at is the length of its shore excursions and tours, with some port stops lasting until late into the evening. The excursions tend to take in more hidden and lesser-known places on the shores, too. Departing from Piraeus (Athens) on September 25, 2021, from $1,511pp for seven nights.

Windstar
Windstar Cruises as a fleet of small ships, making more hidden ports like Nafplio, Patmos and Monemvasia accessible to passengers, as well as some of the more well-known ones including Santorini and Mykonos. This line tends to be more popular with those looking for a more casual cruising experience that’s destination-focused. 148 guests can sail aboard, with the Treasures of the Greek Isles voyage including later evening visits in Santorini, Kusadasi, Patmos and Mykonos so passengers can make the most of their time in these destinations. Departing from Piraeus (Athens) on September 18, 2021, from $5,199pp for seven days.

Cover
In this issue
Promotion: Riviera Travel
Editor’s letter
News: Cruise returns to the UK and Europe
News: New Red Sea cruises for MSC and Scenic
Seven European cruises to look forward to in 2022
News: Hurtigtruten to sail to the Galápagos Islands
Agent incentives
News: When do cruises restart?
Quark Expeditions redefines polar helicopter adventure
Cruises for those who love Greek islands
Bigger, better, lasting longer
I’m a Celebrity... get me back out here!
How to Sell: Wellness cruises
Trade support directory